5 stages of leaving an abusive husband

Are you sick of keeping track of the bruises on your body? Do they even hurt anymore or are you just too used to sleeping the pain away? Is your husband a physical abuser? Or does he play games with your brain every now and then? Do you think you’re losing it because you just can’t take it anymore?


If the answer to all of these is “yes” then you need to look at yourself in the mirror and ask yourself “why am I still with him?”


1 in every 4 women is recorded to have been abused in her lifetime. Domestic violence is the 3rd leading cause of homelessness in the United States. Moreover, in New York 1/3 of the homeless in family shelter system are there because of domestic violence.


18-34 is the age when a woman is most likely to face domestic violence and not just this but near to 4 million women are reported to have been raped and physically assaulted by their partner. Further to this, 2 out of 3 women are killed by facing husband abuse. These are only accounted statistics; imagine how many go unaccounted and maybe you’re one of them!


It’s not easy to be a victim to weak men showing their strength by hitting you because the world out there reminds them of how inadequate they are. Most cases suggest that the husbands beat their wives out of frustration. It can be work related or allied with financial crisis. Whatever it may be, raising your hand on the woman you swore to keep happy is a sign of how filthy and low life you are.


Other than frustration, a lot of men have psychological disorders such as anger management issues or bi polar disorders. People with such mental conditions find it troublesome to take control over their emotions and can be very harmful as well as unpredictable.


No woman, for that matter no human being, gives the right to another human being to mistreat them. Everyone has the right to a safe and secure environment. Then why do most women choose to stay silent about it? 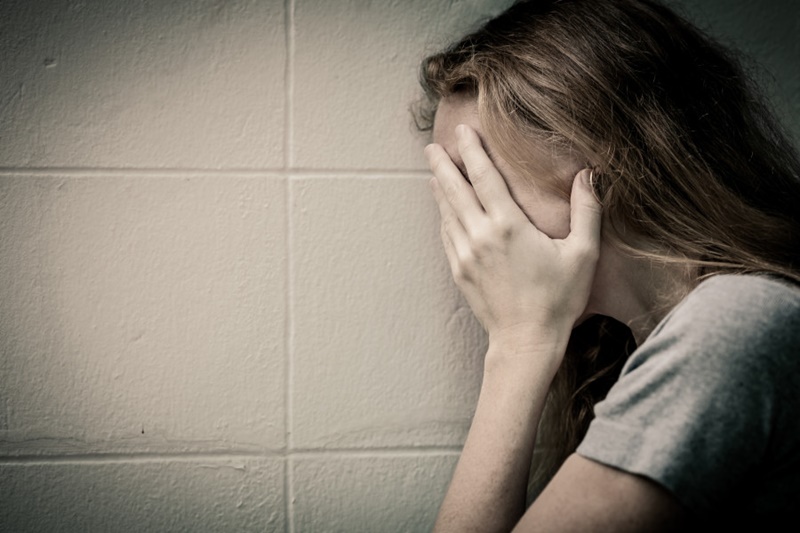 This is how you can let go


In fact without him, you’re stronger. Gather yourself together and embrace the strength within you. Don’t fall apart because darling, you’re wayyyyy fiercer than you think. Don’t allow abusive men to emotionally blackmail you into letting you be victim of their horrendous acts.

2. Unmask to someone you can trust:


You’re powerful, well built and tough but you’re also a human and you need to let it out. Don’t get emotional and tell everyone.


You don’t want him to know it’s getting on to you and you’re making plans. Confide it with someone you can trust blindly. Share your plans and ask for help. The human brain functions well when the emotions are out. Hence, scream the frustration out to the person who’d die for you. It can be your family or even your friend.


Our biggest problem is that we think the children don’t understand what’s happening around; think again as they do. In point of fact, they may be more aware than you can ever imagine. In this phase, if you won’t talk to them then they might exasperate.


To add on, knowing what the child feels about this situation can give you added strength to fight for freedom. If you don’t make the kids aware of your intentions of leaving their father, they may feel betrayed and angry.


Whether or not,their plan to stay should not determine your decision to in getting yourself freed from the agonizing days and nights. They are his children as much as they are yours Believe me they’ll appreciate you opening up to them.

4. Gather all the documents, evidence and make a case:


Whether you install a camera in the house or record your misery on the phone, the choice is yours but be brave and gather all you can so that your legal action against the husband becomes strong. The bruises on your body are not enough to prove anything.


Get documents that will be needed as evidence and make copies before they get to his reach and he burns them.

5. Grasp the opportunity and leave:


Now that you have it all set, Leave…. whenever you find the best chance! It will be difficult to bid farewell to the house that you had tried to make home, but there’s nothing you could’ve done. Now is the time to fight for each and every woman who surrenders to domestic violence.


It’s not just the physically and verbally abusive men that we need to fight against but also the emotionally and mentally abusive men. It’s not visible but it hurts the same. You are the voice of millions of women who die from domestic violence. If you let him get away with it today, he will marry another woman and ruin her life as well.


But if I was the judge, I’d blame you for her death. This man is a threat to your daughter and even your son. He is the living example of hell and YOU being a woman with a heart don’t want him to walk freely with the blood of the wounds that you carry daily.


Fight for your right and stop domestic violence before your daughter becomes a victim and your son becomes such culprit.