Top 8 Effects does Marijuana have on the Brain

Marijuana was once local, legal and abundantly available.

You could smoke as much as you want!

It was not a very old thing. Your grandfather can tell stories about the days they used to smoke as much pot as they had wanted. It was about 80 years ago when marijuana was loved and admired all over.

1. Marijuana was illegalized saying that it led to Pacifism

There were many senseless reasons for illegalizing marijuana and among them, one was that these plants lead to the rise of pacifism. It was also stated that marijuana was actually awful and harmful than other strong drugs, it also affects the brain power.

What a stupid acquisition!

Why must you block it by blaming it on the blacks? You can just block it; you are authoritative; you can do it but such false statements only made people angry. It was also stated by the first Federal Bureau Commissioner that out of 100,000 marijuana addicts in the US, most found were the Filipinos, Negroes, Hispanics, and others in BAMM group.

3. People Love to Taste it for Once

Despite the illegalization of marijuana in the states, most people live in awe of trying this drug for once. However, almost half of Americans have tried marijuana at least once. It is not legal and harmful too as stated but teenagers love it and they find it as their ways to obtain some good fill for their addiction. In fact, people love it so much that they continue it throughout their lives, illegally.

4. Pot doesn’t always have to be Green 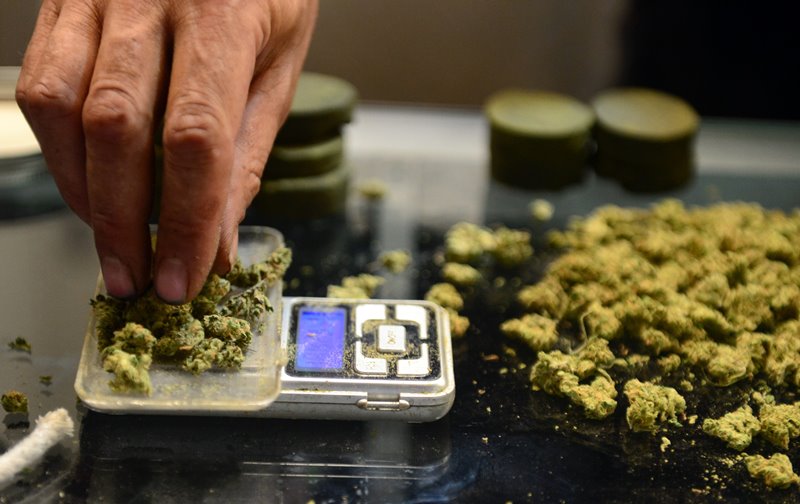 Pot doesn’t necessarily have to be green. Studies have found that different factors affect the pot to become green but generally the color doesn’t change the amazing flavor of the pot for the lovers. The plants grown outdoor can lessen the marijuana carbon footprint and the indoor grown plants absorb a lot of light to become green.

5. Marijuana is Generally a Gateway Drug

You know that pot isn’t the real enemy! It has been mostly used before and after use of other drugs. Basically, marijuana isn’t as harmful as other drugs and only 9% of users actually become addicted to marijuana while the rest of them just continue using it otherwise and don’t actually get addicted to it. We should say that it’s a good thing to consider. Probably this is the reason why maybe pot wasn’t such a threat before then at present.

6. Marijuana isn’t as Harmful as Tobacco or Alcohol 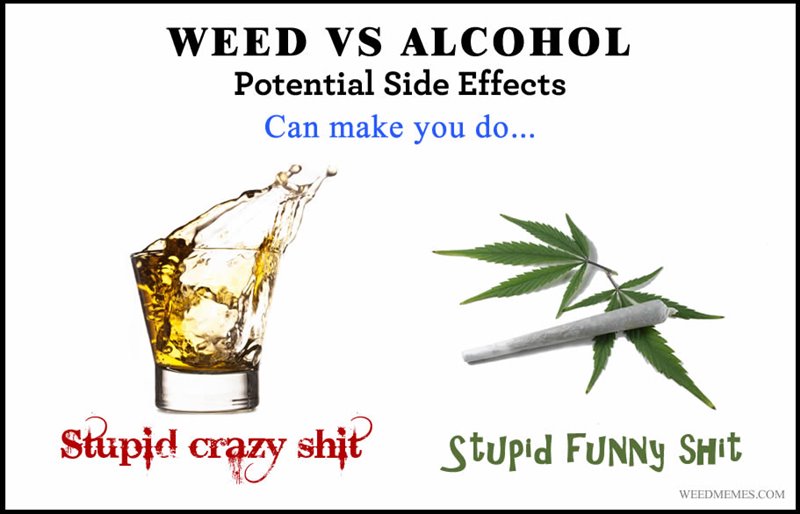 I’m not trying to justify the legalization of marijuana but it is actually weird that the actual killers are out in the open. As they continue to kill people, we basically run after the pot. This is just insane; with every advertisement of tobacco, we give the caution statement but we don’t actually do anything to stop this killer drug. This is a personal problem according to many but then again alcohol does worse to you than marijuana. Alcohol addicts are strongly addictive and hardly reversible. And we give no amount of thoughts to it!

Here is the information what does alcohol do to your liver.

Surprising thing is that even the diseases caused by marijuana and tobacco are almost same. Tobacco causes bronchitis and so does marijuana. Then again, same is the case with respiratory illnesses.

While the states continue to be benefited by alcohol and tobacco, why is marijuana considered such a threat? Tobacco and alcohol have trillions worth industries around the globe and the governments have been benefiting from their revenues since long. Did you ever consider, if marijuana was legalized and considering its fans, what would this drug do to the economy? It would actually save billions of state dollars which are just trashed with the illegalization. Plus, even more is spent on enforcing those laws.

8. You’re Allowed to Use Unlimited Marijuana in Alaska 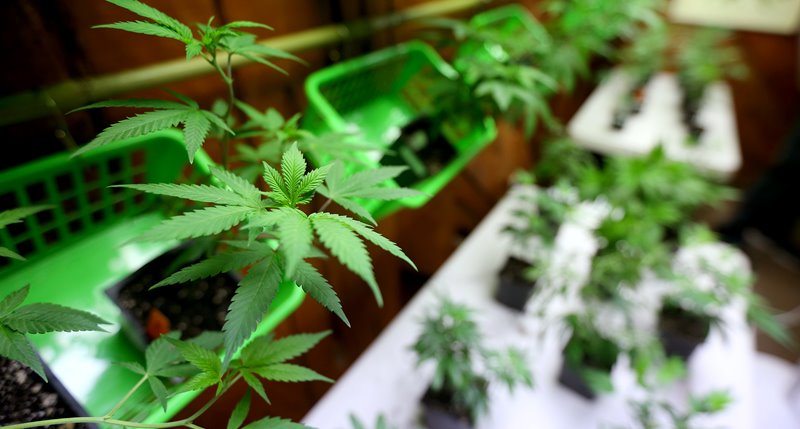 This state has legalized marijuana from 1975 and it is even legal today. It helps the government to save money, generate revenues and much more. Alaska, being a U.S state, doesn’t really bother about what others are doing. They have just legalized the pot which is being used by the residents while they are generating insane income from it. You just inform people about it and then you leave it to them for handling the circumstances! That’s the policy they have been following and so far I can see nothing but success ever since!