When a person decides to make a wedding proposal to the one they love, they want it to be perfect and go without any fail. It is one of the most important questions you can ask somebody, to marry you. When you ask your partner if they would marry you, you want them to say yes. The worst thing to happen when a person proposes is a proposal rejection. That is the worst case scenario that everyone should prepare for. It could be because of many reasons, but your job is to make sure your proposal is not the reason why they say no.

If your proposal is awful and you make a mistake while proposing, a person who wants to say yes would end up saying no. You have to make sure to plan a perfect proposal so that the one you are proposing to would automatically say yes. That is the goal whenever anybody proposes. We are going to list a few common proposal mistakes that people make and that you should avoid:

This one goes without saying. Proposing without a ring is probably the worst mistake you can make. A ring symbolises your love and devotion; it does not matter how much money you spent on it. It shows that you spent time and effort in planning for a future with your partner.

A proposal that comes without any surprise is not much fun. Telling too many people about the proposal means that your partner could find out about it before time and that would ruin it. The look of surprise and happiness on your girlfriend’s face when you suddenly go down on one knee will be one you cherish forever.

One of the things that you should make certain of before popping the question is that the time is right. You should check the date and see whether your partner is busy or there is an anniversary or event on the day. You also want to make sure that if you propose outdoors, the weather should be perfect. It should not be hailing while you propose in a park.

Before you plan an epic proposal, stop and think. A proposal is all about your girlfriend and what she wants. You have to make her happy. If you want to propose during a baseball game, you should make sure she would like that. Not many girls want a proposal like that and prefer something more intimate and private. Make sure the place where you propose is a place she likes.

One of the biggest proposal fails is not to plan your proposal correctly. If you are thinking of marriage proposal ideas, then you have to keep in mind to execute them flawlessly. Any mistake or error could occur if you have not planned your proposal to a tee. Think of everything that could go wrong and plan according to that so that it goes without a hitch.

Some people make the mistake of falling in love and getting ready to ask their partner to marry them without knowing that they do not want the same. Discuss the subject of marriage with your partner; let them know about your intentions without telling them exactly when you plan to propose. Proposing to someone who does not want to marry you is surely a traumatic experience.

If you look at a list of proposals gone bad on the internet, you will notice that the reasons they went wrong were some of the mistakes we mentioned above. If you do not want your proposal to be on such a list, then make sure to keep these things in mind and plan accordingly so that it all goes smoothly with you getting an affirmative answer.

When planning a proposal, you want it to be original and reflect your relationship. There are many proposal ideas that you can adopt to prepare an amazing and creative proposal for the one you love. We have compiled a list to show some of the best unique marriage proposal ideas that are wonderful and so romantic that your partner would have no choice but to say yes.

If you have pets together, then you know that they are like your children and you love them like your own. What better way to ask your girl to marry you than including your fur babies in the strategy. It is incredibly adorable and who could say no to their dog asking to marry them for you?

Photobooths are readily available in a lot of places and the best part about popping the question in a photobooth is that the moment of utter happiness and love is captured in pictures forever.

If you are a couple that enjoys playing games and trivia together on quiet nights at home, then this is perfect for you. Put the question on a trivia card or arrange the letter in your scrabble game to spell out the words. It will be completely unexpected and very cute.

What is better than proposing while surrounded by fairytales and epic romances? Proposing at Disneyland will make you the ultimate prince charming and your relationship will be a fairytale of its own. Go ahead and have your happily ever after.

Present them a necklace with their initials on it with a slight change. Add in the initial for your last name instead of theirs. You can either only buy the necklace instead of a ring or buy a ring matching the necklace. It is simple yet very romantic.

This article was written to help you avoid proposal fails that could end your relationship. We mentioned some of the biggest wedding proposal mistakes that people usually make that if you avoid, you can have a pretty perfect proposal. When you propose to the one you love and want to spend the rest of your life with, your wish is to get a ‘yes’, but if you make the mistakes that we listed in this article, then you would not get that answer. Make sure to do some research and plan your proposal correctly so that your partner would not be disappointed and would instead swoon when you pop the question. If you make it excellent and romantic, you might even get tears. Hopefully, your proposal brings out the happy tears and not the sad ones. You can even take some inspiration from the list of unique proposal ideas we listed that are romantic and creatively adorable. In the end, the only thing that matters is that you love them and you show it to them with your actions and words when you propose so that they would want to marry you and be with you forever. 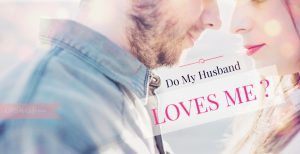 How Do I Know If My Husband Still Loves Me? 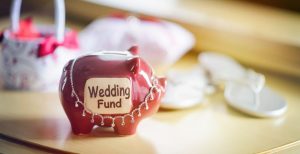 Perfect Way to Plan a Wedding on a Small Budget