Divorce rates are at an all-time high nowadays, and we find ourselves wondering what the legal reasons for divorce are.

The world is officially less romantic now; people think divorce is the answer to every problem in their marriage. That is not the case at all. Getting a divorce is not easy or simple. Sometimes, a situation is hopeless, and there are good reasons to get a divorce, but many problems can be worked out if you just talked honestly to your partner about how you felt.

Communication problems cause divorce more than infidelity as the statistics prove. Talk to your husband or your wife so you can mend the cracks rather than deepen them even more, ultimately leading to a divorce.

This is why Couples Divorce

Marriages need hard work and effort. You cannot look at every little problem in your marriage as valid reasons for divorce. The fact that communication is among the leading causes of divorce statistics being high is unfortunate.

We have listed below a couple of big reasons as to why couples get a divorce:

Legal Reasons for Divorce in India

The Marriage Laws (Amendment) Act of 1976 has made many changes that are more precise and elaborate. The legal reasons to apply for divorce in India are as below:

Legal Reasons for Divorce in the UK

In the United Kingdom, you cannot apply for a divorce until you have been married for at least a year. The main legal reasons for divorce in the UK are as below:

Legal Grounds for Divorce in Canada

The legal grounds for divorce in Canada are quite simple such as:

Reasons Not to Get a Divorce

The best arguments for divorce include a spouse that is adulterous, addictive, abandoning, or abusive.

These are the situations where a divorce is justified. But with the divorce rate going high, many of the reasons why people get divorced are entirely unnecessary. Divorce is a huge step in anyone’s life.

The effects of divorce not only reach you but they affect your family and everyone around you. That is why you should stop and think carefully about whether or not your problems can be fixed and if divorce is an answer.

Below are some reasons not to get a divorce which will hopefully make you stop and reconsider if you are contemplating taking this step:

This article took on the subject of divorce and why so many people are getting them now. Divorce statistics are getting higher every day which is sad because marriage is a beautiful thing and it is unfortunate that it is not so for so many.

We also talked about some of the legal reasons for divorce in countries like India, UK and Canada.

We mentioned the reasons why couples get a divorce nowadays and what the problems are that lead to divorces in many marriages nowadays. We also listed a few big reasons that will hopefully convince you not to get a divorce if you are considering it.

Marriages take time and work. If you are not willing to put in that effort, then you should not get married in the first place rather than creating the messy situation that divorces usually are. If you are having issues and troubles, then there are many ways you can fix them. At least try before you give up entirely because you owe it to yourself and your partner to make your marriage work.

If the problems seem too big, then consider marriage counseling because divorce is the last step from which you can never return. 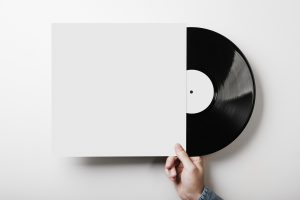 How to Create Album Art: The Complete Guide for Beginners 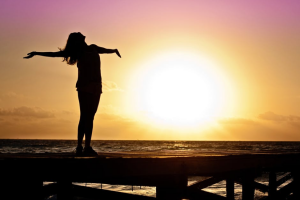 Simple Techniques to Be Happy and Keep Anxiety Under Control