The way science is progressing today is incredible! With new antibiotics and revival techniques on the go; that day is not far; when men will be able to bare children.

Oh! What an exciting era to be alive in, that would be!

I would love to watch hormonal, crying, attention seeking, depressed, demanding, and hormonal men! Yup, hormonal was mentioned twice, and every woman knows why.

The modern age, is known as the age of science and technology. Today, we have vaccines for deadly diseases like cervical cancer and meningitis.

Kudos to the scientists, researchers, doctors, nurses and everyone who’s a part of this field; for their tireless efforts in making the world a safer, healthier, and happier place.

With that being said, even in the present time, doctors are seen prescribing antibiotics for every other ailment. But, how many of you know that an antibiotic only fights bacterial infections and not viruses as much? Hence, by taking medication for matters like flu and cough, is same as watering a dead plant. It won’t make a difference; you’ll just be wasting water! 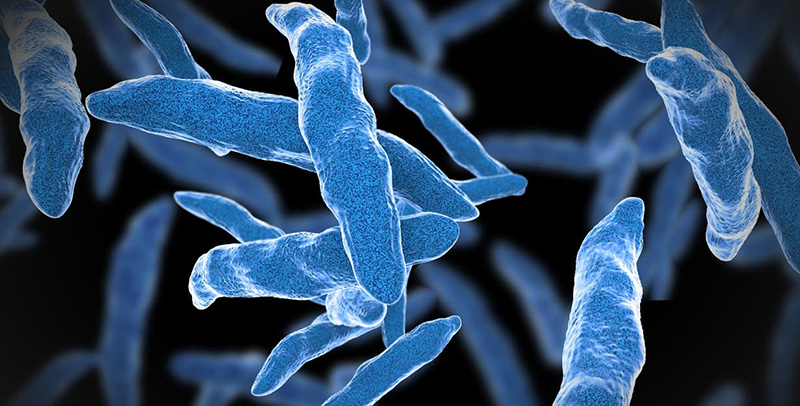 There are tests that determine whether the illness is bacterial or viral. But they require growing the microbes in a culture dish, which could take from one to three days. This is not effective, especially for people seeking immediate relief.

However! As my 4-year-old niece, who can’t even pronounce my name correctly, calls science as magic, perhaps it is!

A Blood Test may Soon Tell you if you Need Antibiotics!!

Dr. Ephraim Tsalik, assistant professor of medicine at Duke University and Durham Veteran’s Affairs Medical Center, with his colleagues, might have come up with a potential solution to the problem of unnecessary antibiotic prescription.

As a patient comes in, with fever and flu, at the time of a pneumonia epidemic, many doctors automatically assume, that this one case has mutual origins. Therefore, they end up giving strong antibiotics for a case of a much smaller problem of a viral infection.

This is not just a huge waste of medication, but also a great loss of money and added stress for the family who think they are curing pneumonia (which by the way can become fatal), while it’s only a tiny bit viral infection that they came in with.

To avoid this matter in question; the doctors and colleagues mention methodology in science which is Translational Medicine. A blood test that could take a few drops of blood and within an hour or half an hour, lets the doctor know whether he’s dealing with a bacterial or viral infection and whether antibiotics are needed at all.

Recently, a source of information gave this statement “Dame Sally Davies, the chief medical officer, has described an ‘apocalyptic scenario’ in which, in just 20 years’ time, routine operations such as hip replacements become deadly because relatively minor infections can’t be quashed.”

It is also a forecast that drug-resistant infections will kill more people than cancer by 2050, unless urgent action gets taken.

Researchers Tim Sweeney and Purvesh Khatri have shown that infections leave revelatory signs in the blood which is what’s helping the scientists in making this test.

They have identified 11 genes, out of the 24,000 in the body, that create a distinct pattern when someone has an infection.

And another seven reveal whether that infection is caused by bacteria or a virus.

Dr. Sweeney said: ‘A lot of times you can’t really tell what kind of infection someone has.

If someone comes into the clinic, a bacterial or viral infection often look exactly the same.”

‘[Our test] first asks, “Is an infection present?”

Another source was reported to have stated ‘In experiments on blood samples taken from more than 1,000 patients, including children with sepsis, the test proved to be highly accurate’

At the moment, the test takes up to six hours to provide a result.

But Dr. Khatri hopes he will be able to refine it so that results are revealed within an hour to identify if antibiotics are needed.

The test must also be cheaper than antibiotics, if doctors are to be encouraged to use it rather than prescribing the pills by default.

Dr. Khatri said: ‘It is our goal to make this test available in family doctors’ offices, as well as emergency departments and ICUs in hospitals.’

Keeping in mind, the fact that 20 years back, a lot of us could not have anticipated the treatments that exist today, I have quite a lot of faith that this particular issue will be resolved. Had someone asked me back in the days if a blood test could identify which patients need antibiotics, I would’ve sighed with disappointment, but today we can all smile with relief because the day is not far when 30 minutes is all we’ll need, to differentiate between a virus and bacteria.

How to Get Rid of Asthma Permanently

You Have No Idea About these 10 Types of Headaches

Why are Thigh Gaps Attractive to Men?