A bride wearing something old, new, borrowed and blue, or tossing the wedding bouquet to the unmarried women in the crowd; these are just some parts of an American traditional wedding ceremony.

If you are planning your wedding at the moment, you might even like some of these interesting traditions enough to add them to your own ceremony. It would certainly make your wedding very memorable and out of the ordinary.

If you have not seen a traditional wedding ceremony of different cultures, then you have missed out on witnessing something very fascinating! Every culture is different and has its own traditions and customs, especially when it comes to a wedding.

Let us look at some of these interesting wedding traditions from around the world!

A Japanese tradition called san-san-kudo, involves the bride and groom to sip from three sake cups and then their parents do the same thing. This represents the new bond between the families. 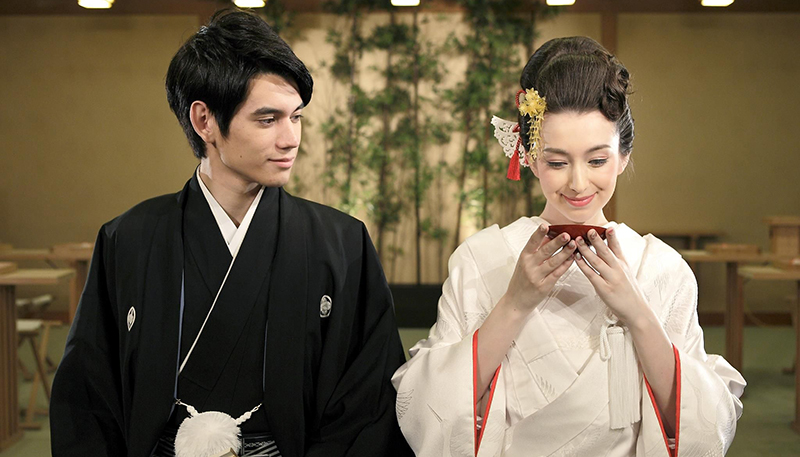 After the wedding ceremony, the bride and groom release two doves in the air representing the long and happy life they will lead. 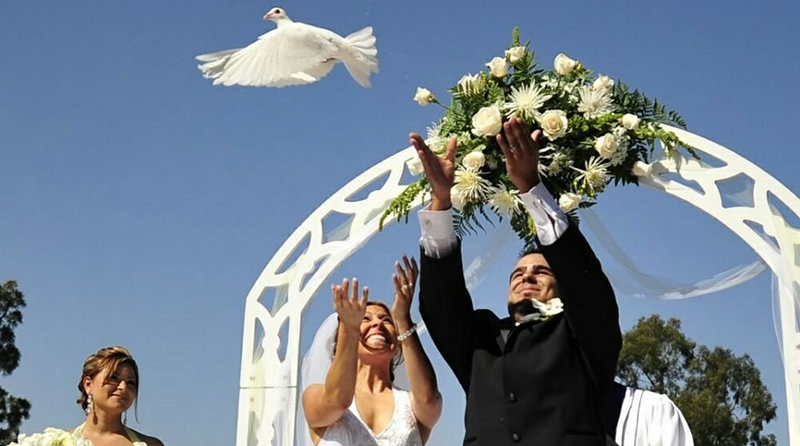 Immediately after the wedding takes place, a log is brought for the newlyweds to cut in half by themselves to show their commitment and compatibility in the future. 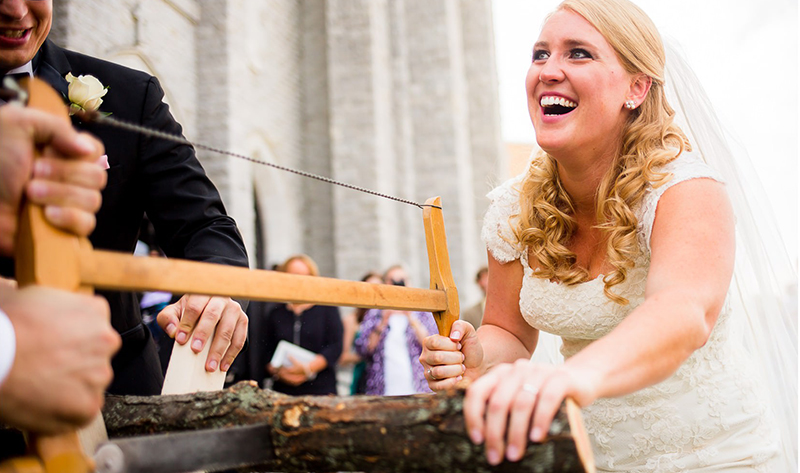 Instead of the traditional three-tiered wedding cake as in a Western wedding, Norwegians make a cake of iced almond rings and sometimes build it around a bottle of wine so that they could have a surprise treat after they finish off the dessert. 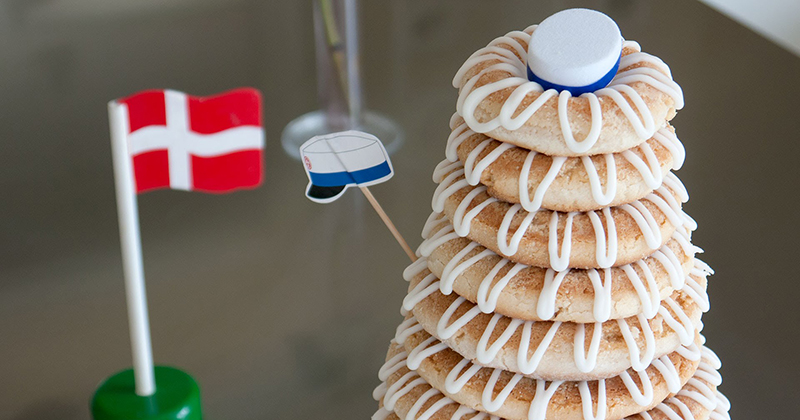 5. Goose for the bride, Korea

Korean traditions include the exchange of wooden ducks and geese between the bride and groom as a sign of their devotion and commitment. 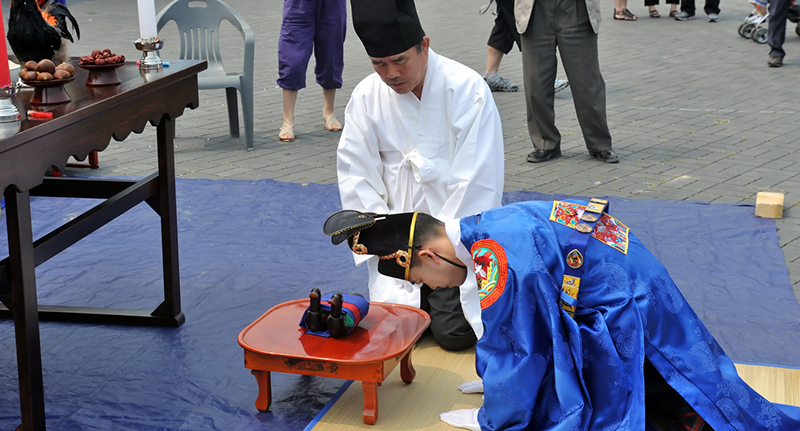 According to Pakistani traditions, the groom is supposed to wear a ring of fresh flowers around his neck, but sometimes the bride wears one too. 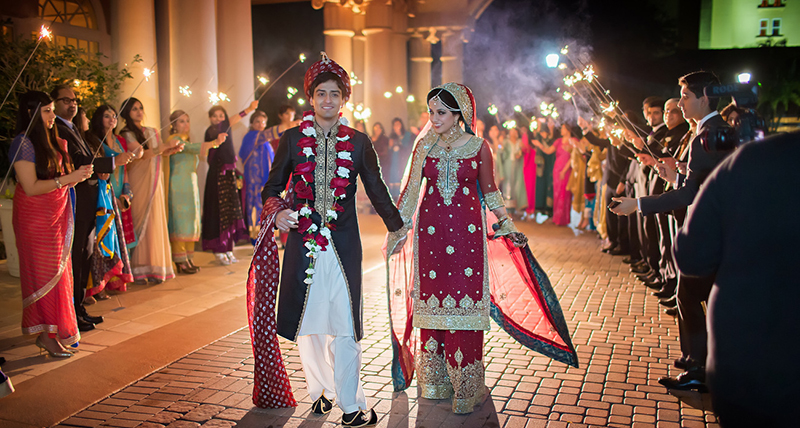 Instead of a wedding cake, French weddings have a croquembouche as the centrepiece in a wedding. It is a delicious tower of cream-filled pastry puffs that are decorated with nuts, or fruits and glazes and can be dipped in any sweet sauce. 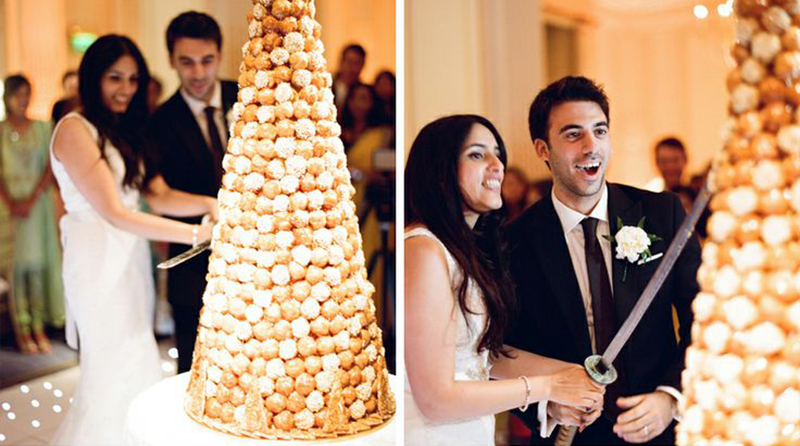 A playful tradition in Indian weddings is for the bride’s sisters. It is to steal the groom’s shoes as he enters the venue and the shoes would not be returned unless the groom pays them their desired amount of money. 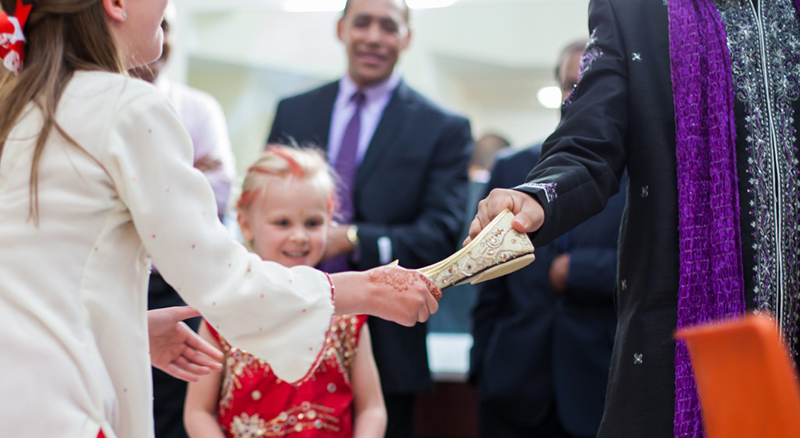 Many Caribbean countries have a tradition of having black cakes at weddings that are made with rum and dark fruits. It is a lot like a traditional Christmas fruit cake. 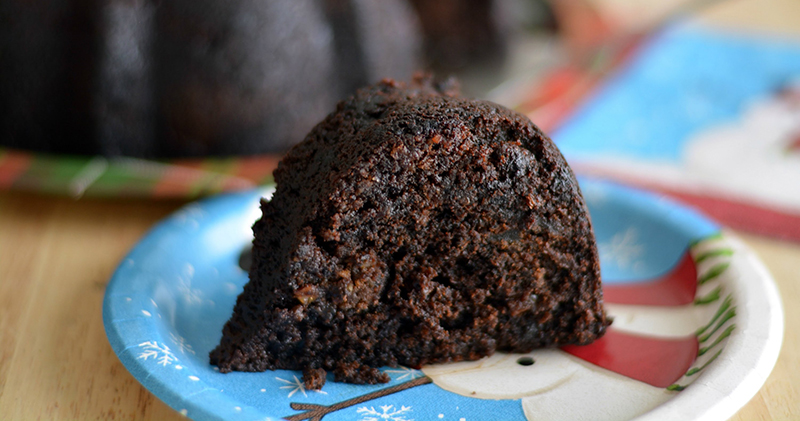 10. Spitting on the bride, Kenya

It sounds disgusting! But, the father of the bride spits on her as she prepares to leave the village so as not to curse the good fortune. 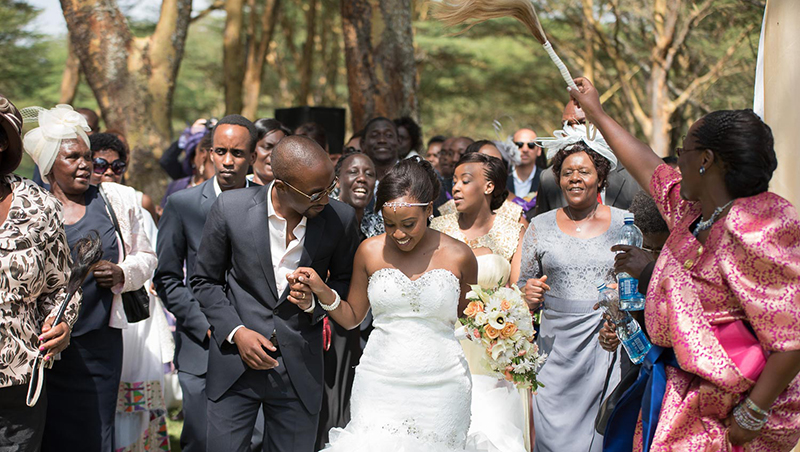 According to Polish traditions, guests at the wedding pay for a dance with the bride and the maid of honour collects that money for the couple’s honeymoon. 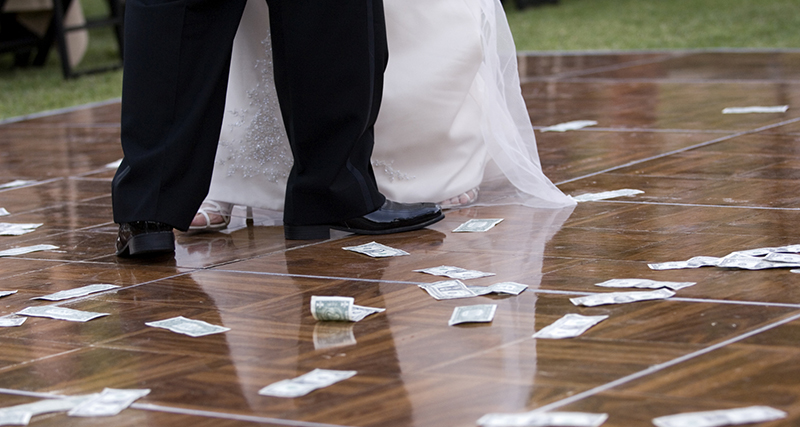 At the wedding reception, the groom’s mother break a white bell that has flour, grains and rice inside of it, to welcome the newlyweds to the party. 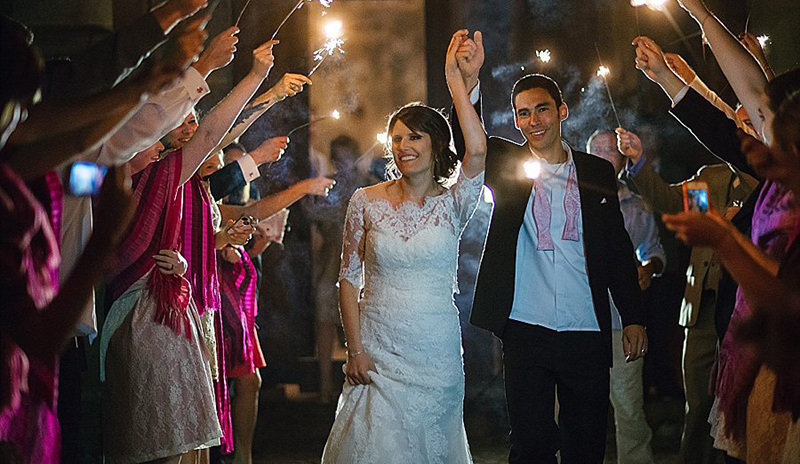 In a traditional Chinese wedding, the colour red is very prominent as it is meant to symbolise love and luck. A Chinese bride arrives at the ceremony with a full procession in a bridal sedan and has her head covered by a red veil. Her mother holds a red umbrella above her head to signify fertility. 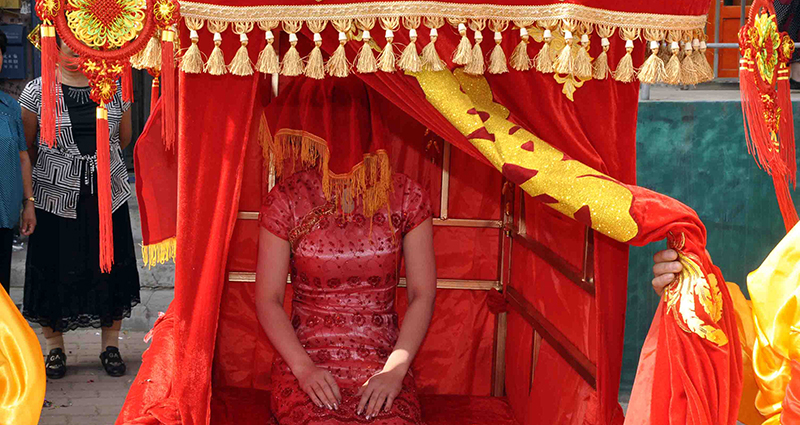 At a traditional Australian wedding, the guest all hold a stone in their hands during the ceremony and then put them in a bowl/Jar at the end so that the newlyweds take it with them. It signifies the support they had during their wedding. 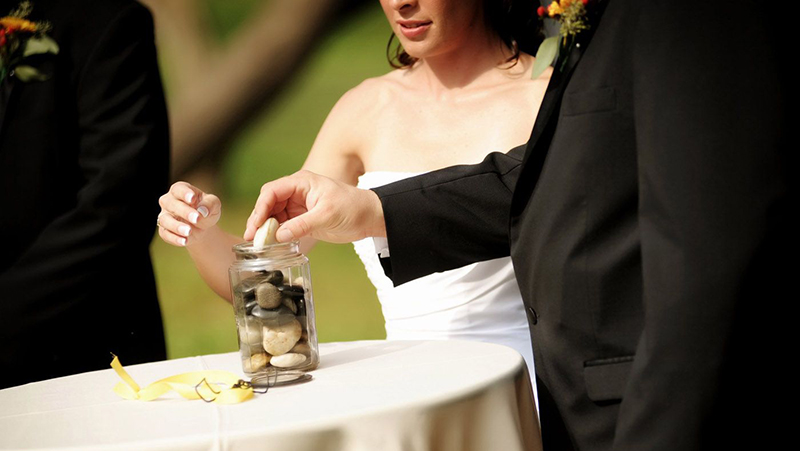 There are much more different customs that are involved in traditional wedding ceremonies around the world which reflect the diverse cultures of the bride and groom. A Christian standard wedding ceremony involves simple vows, reading from the Bible and prayers. But if you are looking to have a unique wedding ceremony script then you could look at the list above and get some interesting, diverse wedding ceremony ideas. They could involve something playful, or something meaningful. It is up to you to decide what kind of wedding ceremony you want to have!

The traditional wedding ceremonies according to different cultures around the world show how much people may have gotten modern in their day-to-day lives, but that when it comes to an important occasion such as a wedding, they revert to their roots and celebrate their cultures and traditions even if they might not believe some of the customs themselves. These traditions and customs are what makes us all different and adds charm to our weddings.

You have to think of what appeals to you more and then plan your wedding accordingly. If you find yourself unable to decide, you could even mix it up and add some traditional customs along with some contemporary wedding ideas.

Whatever represents you and your partner is best, is what your wedding should have.

Must Read Some More Traditional Wedding Ceremonies –Tying the Knot

Previous articleAll-time fave movies that will make you have a great time over the weekend!
Next articleTravel Places to Visit after Break-Up