Fans of Vampire Diaries may be sad at the forthcoming demise of the long running show but there is certainly something to look forward to in the finale. After all, Elena is all set to return to Mystic Falls. 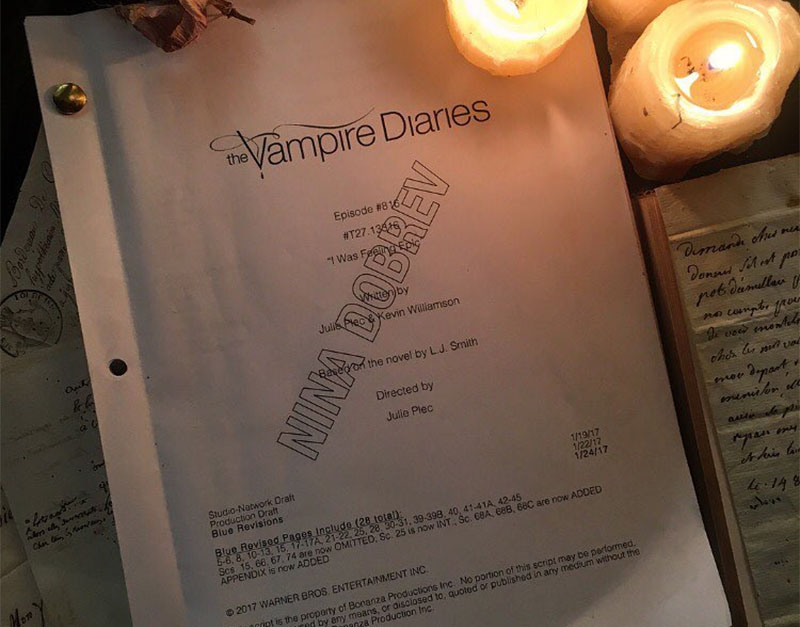 Julie Plec, the showrunner of Vampire Diaries, said how thrilled she is to be bringing the show to the end that they had always intended. She mentioned that Nina Dobrev would be back to finally bid goodbye to the show. Kevin Williamson, executive producer of the show, also talked about his excitement to have Dobrev back to make the farewell episode ‘truly epic’.

The return of Dobrev shouldn’t be much of a surprise to hardcore fans. When she had left the show two seasons ago, there was a clause in the deal which stated that she could return to be a part of the series finale. Mark Pedowitz, CW president, and Plec have also made it abundantly clear that Dobrev must return for the final chapter of the CW drama.

Nina Dobrev was a part of the vampire drama since its inception. She left to seek other opportunities with the conclusion of season six in 2015. On the exit, she mentioned that it was a great journey but that it had to end sometime. She realized that it was time she left and mentioned her excitement for her next step.

In the finale of season six, it was shown that Elena, Dobrev’s character on the show, was forced to enter a deep slumber. It was a result of a spell which endangered the life of Bonnie, Elena’s longtime friend, in danger. Elena sacrificed herself in order to save Bonnie. Bonnie is played by Kat Graham.

Interestingly, Dobrev was just one of the many cast departures in recent years for the vampire drama. Season six saw the departure of Michael Trevino and Steven R. McQueen. However, Trevino did come back to the show in season eight.

The executive producers and the cast of The Vampire Diaries had accounted that the eighth season of the show would also be its last at Comic-Con International in July 2016. During the announcement, Plec mentioned it was emotional and bittersweet to see the show come to an end but that it was a beautiful run. She also told the fans to get ready as the ride was going to be ‘epic’.

The Vampire Diaries series finale is going to air on Friday, March 10, 2017 on The CW.