Take your child to work day was established in early 90s, initially named as Take your daughters to work day, which later began to spread on national scale as Take our Daughters and Sons to work day. The main idea behind the day is to bring your kids to work in order to inspire the younger lot and help broaden their prospects by making them interact with several work environments and whereabouts. Moreover, the project has resulted in igniting passion amongst the younger generation, making them fight even harder for their careers and dream jobs.

Each year, on the fourth Thursday of April, many offices and work areas prepare for Take your Kid to work day. Preparations include several activities pertaining fun and learning.

While most parents are busy preparing for the big day, some parents sit back and fear the complete opposite.

Despite having such positive effect on our society, sometimes this day sounds extremely impractical. Just imagine your notorious kids running up and down the flights like they usually do at home. Or what if they decide to throw a tantrum, in front of your judge-y colleagues. While you may be silently pondering over such fearful thoughts, talented people at Someecard did a fabulous job of turning mere thoughts into shareable e-cards.

Top 10 Reasons to Bring your child to work day activities

1. While some parents are excited, some are beyond unhappy as they realize the fact that this means nothing but having to see, your work place run by miniatures of your own self. And that is not a pleasant site: 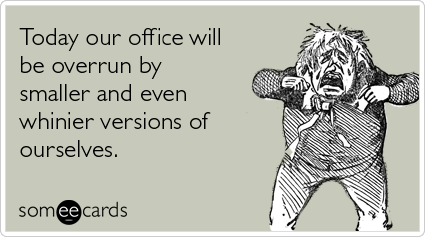 2. Most parents would feel proud to show their children what they do for a living. But for some, it’s a dreadful event. Such is this old lad, who claims to have been trolled by the economy: 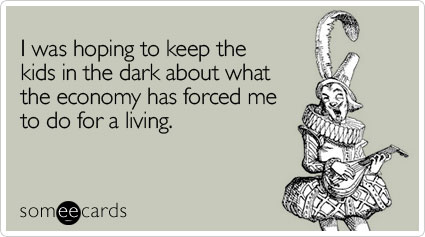 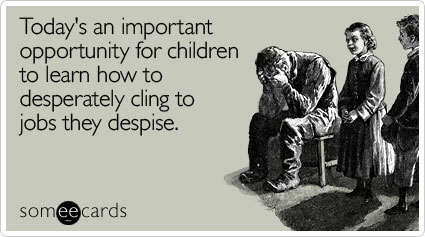 4. While most parents are excited to make their kids see what they do at work, some just fear the dreadful. And who wouldn’t? When all they do at work is play Farmville and candy crush, yet look exhausted and washed out. My 3-year-old is better at this! 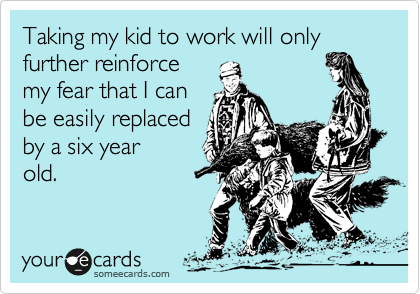 5. Where there are parents who will have a hard time lying about the fact that they do nothing at work. There are those, who will have a difficult time convincing their snobby children that do way too much work and deserve some appreciation. But some things are just not possible. 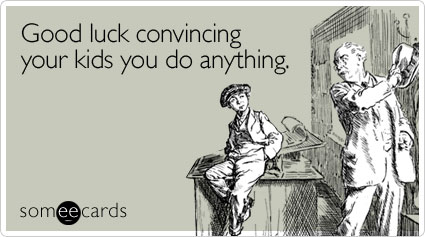 6. Some would want their kids to learn how to respond formally to client emails, some would want them to learn office etiquettes while there are also those who will waste this day, making their children learn two things an office job is incomplete without – gossiping endlessly and searching the web! 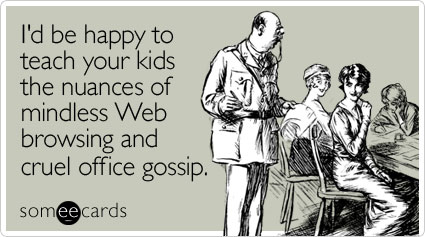 7. Where many parents want their children to follow their footsteps when it comes to choosing a career. Some think of it as disastrous. And who are we to blame them, especially after seeing how it turned out for former president Bush and family. 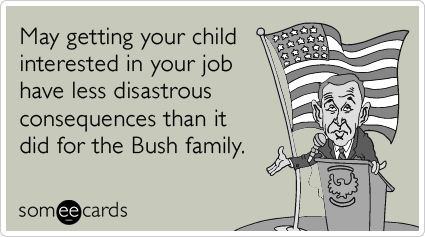 8. Many parents would be excited; some may be nervous while others will be super chilled. As they know for a fact that having their tiny tods invade their workplace means, all the more reasons to laze around and not work. 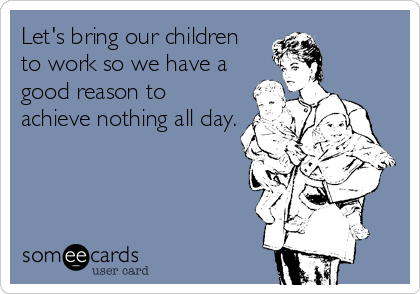 9. While some parents wish their children feel proud and excited to experience their parent’s job for a day, some want their children to feel the exact opposite. They want the children to loathe it, as much as they do. Maybe even more. 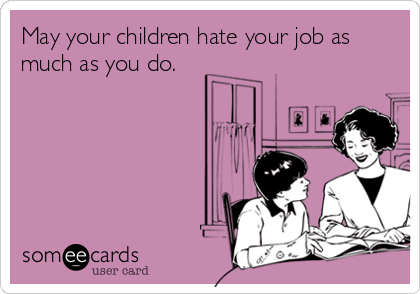 10. Where most parents bring along their kids to bring your kids to work day, so that they get to learn a few things. Some parents bring in their little ones, to teach their bosses a thing or two. Such as this wise mother, who plans to make the best out of the situation. 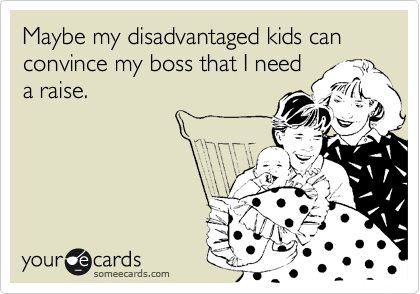 But jokes apart it is one great day, which can help make your keen little learners, learn some extra bit. Make sure to plan the day ahead and make the most out of it.

Make sure your child is interested in going, or else the purpose would fail.

Expect a few glitches and some hours of pure boredom, but look at the bigger picture. You get to spend one on one time with your little one!

Previous articleWhy Game of Thrones is most criticized show ever!!
Next articleHow to Get Rid of Bad Habits for a Healthy Brain